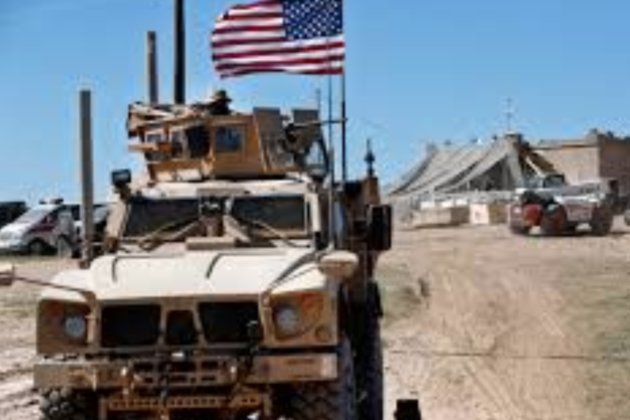 On Wednesday, a suicide bomber struck near a U.S.-led coalition patrol in Syria's northern city of Manbij, killing four U.S. soldiers and leaving three others injured.

A U.S. official confirmed that four U.S. soldiers had been killed in the attack in the Kurdish-held Syrian town.

In a separate report, a Kurdish news agency said that two American troops, one Kurdish fighter and nine civilians were killed in the attack.

Later in the day, a senior Kurdish security official said that U.S. service members were among those wounded in the explosion.

According to a statement issued by the official, members of the U.S.-led coalition battling the Islamic State group were caught up in a blast at a market in Manbij.

He said that forces were on foot in the city when a man wearing civilian clothing approached them and had explosives hidden underneath.

The official said that the explosion took place at around 1 p.m. local time (6 a.m. ET).

The official also confirmed that Americans were among the casualties, but refused to confirm the number of injured or dead.

According to local reports, the blast happened in a market area of small alleys.

At the time of the blast, the market area was crowded with shops and street vendors.

A report in NBC News quoted a local journalist, Saif al-Din Tayyar as saying that he was nearby when the explosion occurred.

Tayyar reportedly said that he saw around 25 people either dead or wounded.

The report also quoted witnesses as saying that military helicopters were sent to the scene to help deal with the casualties.

A spokesperson of Operation Inherent Resolve said in the statement, "Coalition forces conducted a routine patrol in Syria today. We are still gathering information."

In a statement, the Britain-based Syrian Observatory for Human Rights said seven civilians were killed and nine wounded in the blast.

Meanwhile, Turkey's state-run Anadolu Agency quoted local sources as saying that a number of U.S. soldiers were injured in the blast and that the U.S. military evacuated soldiers by helicopter.

Speaking to reporters hours after the attack, White House Press Secretary Sarah Sanders said that the U.S. President Donald Trump had been "fully briefed and we will continue to monitor the ongoing situation in Syria."

The news site affiliated with the militant group issued a statement saying an attacker with a suicide vest detonated beside a patrol of the U.S.-led coalition in Manbij.

The attack comes weeks after Trump shocked allies after announcing that the U.S. would begin pulling out all its 2,000 troops from Syria.

At the time of the announcement in December last year, Trump declared that ISIS had been "defeated."

Last week, U.S. officials confirmed that they had begun withdrawing troops and weapons from Syria.

U.S. soldiers were deployed in Manbij in a bid to offer support to an alliance of Kurdish and Arab militias, with the coalition succeeding at driving ISIS out of almost all of eastern Syria.