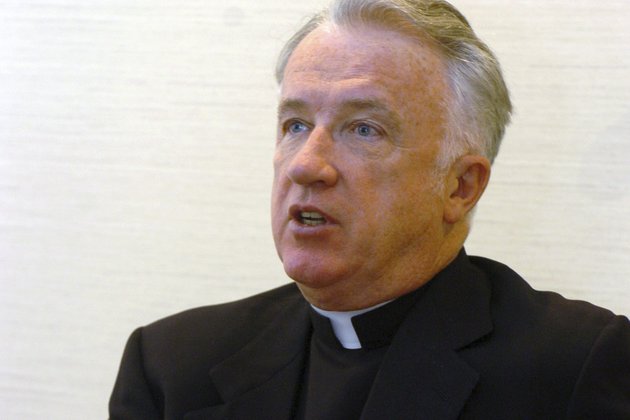 The 72-year-old Brennan replaces Bishop Michael Bransfield, who resigned in September after a preliminary investigation into allegations of sexual and financial misconduct.

Last week, Francis barred Bransfield from public ministry and prohibited him from living in the diocese, while also warning that he will be forced to make amends "for some of the harm he caused." Brennan will now help decide the extent of those reparations as he seeks to restore trust among the Catholic faithful.

Coming on the heels of a new wave of sex abuse allegations in the U.S., the Bransfield scandal added to the credibility crisis in the U.S. hierarchy. Several top churchmen received tens of thousands of dollars in church-funded personal gifts from Bransfield during his tenure in Wheeling-Charleston, which is located in one of the poorest U.S. states.

In his first comments after his appointment, Brennan said he would work to bring "true healing and renewal" to West Virginia. And in comments to the Catholic Review of the archdiocese of Baltimore, he said a main focus would be on rural poverty and victims of the opioid crisis, which has hit West Virginia particularly hard.

"There is immense need which is matched by immense desire and determination to reinvigorate the church here in West Virginia and across our nation," he said, according to a statement from his new diocese.

Brennan, a Boston native who was ordained in Washington D.C., in 1976, spent time studying Spanish in the Dominican Republic and completed his theology studies at the Jesuit-run Pontifical Gregorian University in Rome. He was named auxiliary bishop of Baltimore in 2016 and has ministered to the city's Hispanic community.

After Bransfield's resignation, Francis asked Baltimore Archbishop William Lori to oversee the diocese temporarily and complete a full investigation. The findings, first reported by The Washington Post, determined that Bransfield spent church funds on dining out, liquor, personal travel and luxury items, as well as personal gifts to fellow bishops and cardinals in the U.S. and Vatican.

Lori has said that Bransfield was able to get away with his behavior for so long because he created a "culture of fear of retaliation and retribution" that weakened normal checks and balances in the diocese. The diocese's vicars have all resigned and been reassigned to parish work, and Lori recently announced new auditing and other measures to ensure church funds are properly administered.

Bransfield had been investigated for an alleged groping incident in 2007 and was implicated in court testimony in 2012 in an infamous Philadelphia priestly sex abuse case. He strongly denied ever abusing anyone and the diocese said it had disproved the claims. He continued with his ministry until he offered to retire, as required, when he turned 75 last year.

He has disputed the findings of Lori's investigation, telling The Post "none of it is true," but declining detailed comment on the advice of his lawyers.

The Wheeling-Charleston diocese includes nearly 75,000 Catholics and 95 parishes and encompasses the entire state of West Virginia.