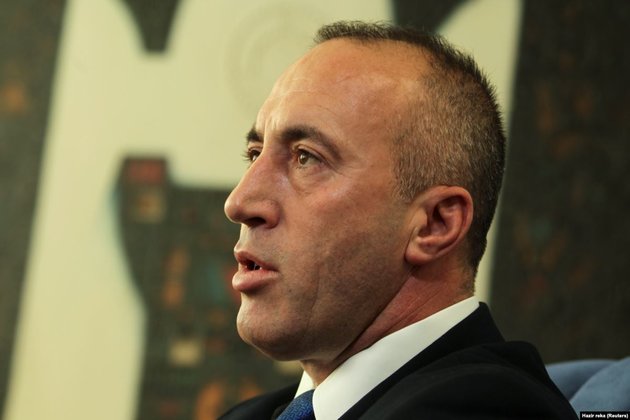 Ramush Haradinaj, who resigned last week as Kosovo's prime minister, is traveling to the Netherlands to appear before a Hague-based court investigating alleged crimes committed during and immediately after the 1998-99 Kosovo War.

Haradinaj departed on July 23 from Pristina International Airport, four days after he said he was stepping down as prime minister because he did not want 'to be questioned as the country's leader' by The Hague-based court.

Haradinaj said on July 19 that he had been summoned to the Kosovo Specialist Chambers (KSC) court in The Hague 'as a suspect' and was expected to be questioned.

The KSC was established by Kosovo in 2017 to look at alleged crimes committed by the Kosovo Liberation Army (UCK) and by ethnic Albanians against Serbs during and after the Kosovo War.

The court is part of Kosovo's judiciary system, but its statutes allow prosecutors to relocate proceedings outside the country and to be heard by international judges.

Haradinaj, 51, was a top commander in the UCK and is considered a war criminal by Serbia, which has long sought to have him tried.

The 1998-99 war led to Kosovo's split from Serbia, a move recognized by the United States and most of the West but not by Belgrade.

It was the second time Haradinaj has stepped down as a result of accusations from The Hague.

/**/ /**/ /**/ SEE ALSO: Haradinaj: Kosovo Ready For Dialogue With Belgrade As Long As Serb Enclave Not A Condition

The first came in 2005 after he was indicted by the UN's International Criminal Tribunal for the former Yugoslavia (ICTY) for alleged war crimes and crimes against humanity in connection with his wartime activities.

Haradinaj, who heads the political party Alliance for the Future of Kosovo, has twice been acquitted of war-related charges, in 2008 and again in 2012.

Based on reporting by AP, dpa, and Reuters