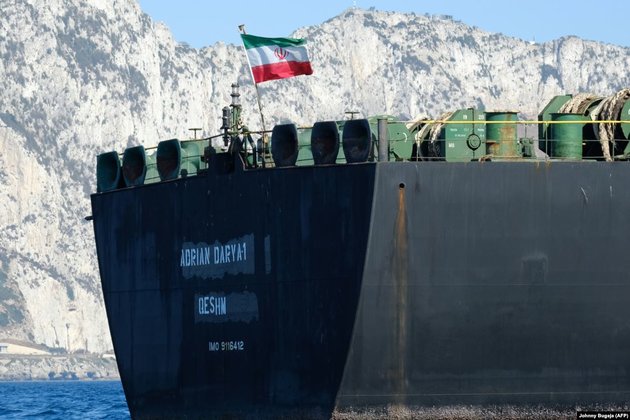 The United States reissued a stern warning for countries who provide assistance to an Iranian tanker that Washington suspects of transporting oil to Syria and having ties to a sanctioned organization.

U.S. Secretary of State Mike Pompeo told reporters at the UN on August 20 that Washington will do everything in its power to prevent the Adrian Darya 1 tanker sailing in the Mediterranean from delivering oil to Syria in violation of U.S. sanctions.

Formerly called Grace 1, the tanker left Gibraltar on August 19 after being detained for 45 days and is now heading for Greece where it is scheduled to dock on August 26, according to online vessel tracking sites.

Pompeo said if the tanker heads toward Syria, the United States "will take every action we can consistent with those sanctions to prevent that.'

Washington suspects the vessel's ultimate owner is Iran's Islamic Revolutionary Guards Corps and that any profit made from the sale of its cargo of 2 million barrels of oil would let it continue a "horrific terror campaign."

Greece stated that it hasn't received a formal request from the vessel to dock at one of its ports.

Iranian Foreign Ministry spokesman Abbas Musavi said on August 19 that Tehran has warned the United States against seizing the tanker in open seas.

'Iran has given necessary warnings to American officials through its official channels...not to make such a mistake because it would have grave consequences,' Musavi told reporters at a news conference.

With reporting by Reuters and AP