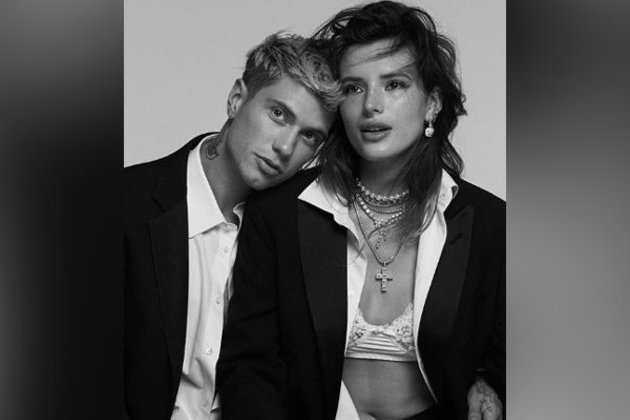 According to Us Weekly, the couple was spotted on Friday (local time) at a party at TAO Los Angeles packing on PDA.

Mascolo, who is one-half of the Italian music duo BenjiFede along with Thorne, was celebrating the double-platinum success of the band's song 'Dove e Quando.'Later the duo was also joined by Mascolo's bandmate Frederico "Fede" Federossi, along with other friends.

At the party, the actor donned a white crop top with low-slung jeans and paired it with tie-dye sneakers.

Post-party, Mascolo took to Instagram to post a photo of him, Thorne and Federossi from the night.

The picture showcased the musician kissing his girlfriend on the cheek, while he held his bandmate's face with his hand.

"Love these 2," Mascolo captioned the post. Thorne also commented on the same post congratulating her boyfriend on his milestone. "I love u baby. HAPPY DOUBLE PLATINUM," she wrote.

The 'Famous in Love' actor confirmed dating Mascolo in June with an Instagram photo of her licking his neck.

The couple was first seen together in April; days after Thorne broke up with rapper Mod Sun. (ANI)