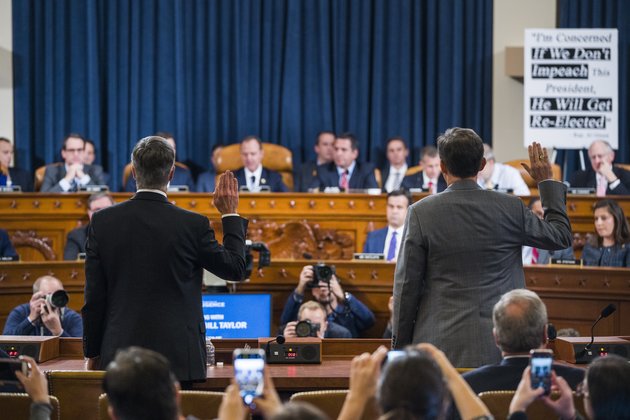 Editor's note: Wednesday was the first day of public hearings in the House impeachment inquiry. Two career diplomats - William B. Taylor Jr., acting ambassador to Ukraine, and George Kent, deputy assistant secretary of state for European and Eurasian affairs - gave testimony to the House Intelligence Committee. Two scholars listened, and each picked one quote to analyze.

In this highly partisan era, Rep. Nunes' words come as no surprise. Nunes was attempting to discredit the impeachment inquiry as a partisan attack on President Donald Trump.

But his emphasis on partisanship obscures a vital function of Congress in protecting the public and preserving democratic government: oversight.

Oversight is part of the U.S. Constitution's carefully orchestrated balance of power among the three branches of government. The Constitution authorizes, if not obligates, Congress to exercise oversight over the executive branch.

Congressional oversight exists for multiple reasons. At its most basic, oversight is the review, monitoring, and supervision of the implementation of public policy. It informs the public about how its government is performing its duties.

In short, the framers purposely divided constitutional power among government's three branches. They allocated oversight authority to Congress to prevent any one branch from amassing too much power, abusing the public trust or generally running amok.

What the framers did not intend was for members of Congress to use oversight to pursue partisan purposes.

Partisanship taints oversight much like it undercuts legislative productivity. As the House investigation into the 2012 attacks on Benghazi demonstrates, partisanship threatens the legitimacy of oversight processes, wastes governmental resources and diverts legislators from making laws.

In contrast, bipartisan oversight has protected our country from abuses of power as well as encouraged legislators to enact better laws.

Watergate - the failed attempt by Republican President Richard Nixon's re-election campaign to bug the Democratic National Committee's headquarters, and the subsequent cover-up - is one example.

President Nixon resigned before the House of Representatives voted to impeach him. Senate Republicans had candidly informed him that he would be removed from office if he did not resign. And Congress enacted bipartisan campaign reform legislation in response to the Watergate investigation.

As the House engages in its third presidential impeachment investigation in 46 years, it is a test of whether lawmakers can transcend their partisan differences to exercise effective congressional oversight.

If Congress fails to exercise its oversight authority because of partisan gridlock, that could damage the delicate balance the founders set for our constitutional system, leading to unchecked abuses of power.

Wednesday's public testimony in the House of Representatives' impeachment hearings did not make a lot of news about the substance of what is at stake, although some new evidence did come to light.

But the fact that most of the testimony was familiar to people who have followed the investigation does not mean it was unimportant. The testimony described an existential threat to the U.S. constitutional system - to the bedrock underlying that system, free and fair elections.

Yet the reality Americans face is that the country's constitutional system has already proved incapable of responding to this threat.

As Schiff observed, "The facts ... are not seriously contested." As the day's witnesses and others have testified, Trump used taxpayer dollars in an effort to extort another country's government into investigating a domestic political opponent of Trump's.

In a functioning system, Republicans would have already joined Democrats to raise the alarm, as the constitutional design assumes.

Congress has the tools it needs to deal with this challenge - but only if Republican legislators take the allegations seriously. Some have expressed concern but did not indicate if they would take any action.

At today's hearing, Devin Nunes, ranking member of the House Intelligence Committee, used his opening statement to give voice to conspiracy theories. Other Republican members of the committee similarly sought to distract attention from what is at stake - for example, by demanding that Schiff disclose the whistleblower's name.

The impeachment process cannot work if Republicans do not engage with the grave allegations at hand. The system Franklin helped design depends on legislators who are capable of reining in a president who abuses his or her power - even when that president is from their own party.

So far in this crisis, the system has failed. But system failure doesn't have to be the final word.

As an expert on presidential power, I think of the situation as comparable to someone sleeping in a house that is on fire, but the smoke detector fails to go off. The person may still escape - they may wake up on their own, or someone else may alert them to the danger.

Republicans in Congress have failed to respond, but the U.S. system may still survive if others act. James Madison described the people as the primary check on government power. Whether Americans keep their constitutional republic will likely depend less on the outcome of this impeachment process and more on the outcome of the next election.

[ You're smart and curious about the world. So are The Conversation's authors and editors. You can read us daily by subscribing to our newsletter. ]

In the past month, there's been an outpouring of support for Black Lives Matter from America's largest corporations.You might have ... 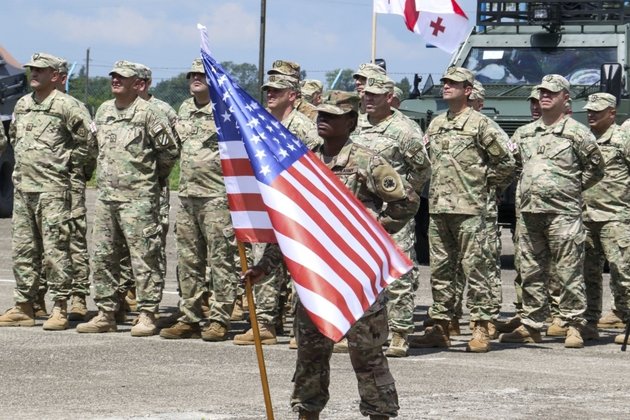 A United States congressional committee has proposed blocking some aid to Georgia unless Tbilisi takes measures to "strengthen democratic institutions," ...

Bullying of International court and Bank of England laid bare

On January 9, 2020, Ambassador Karen Pierce-the United Kingdom's permanent representative to the United Nations-spoke at a meeting on the ...