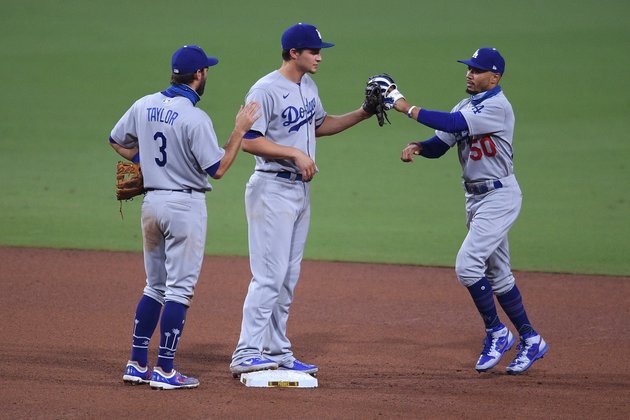 The Dodgers ruined what could have been a winner-take-all Wednesday afternoon.

Had the San Diego Padres won a ninth straight game Tuesday, the visiting Dodgers and Padres would have been playing for the lead in the National League West on Wednesday.

But the Dodgers won -- reducing Wednesday'srubber match of a three-game series into something of a footnote.

The Dodgers will leave San Diego as the leaders in the division with at least a 1 1/2-game lead on the Padres. But one thing is clear after the first two games of this series -- the Padres are serious contenders.

Tuesday night's 3-1 win over the Padres -- and San Diego loaded the bases with one out in the ninth -- boosted the Dodgers record to 34-15. The Padres are 32-18. And while San Diego now trails the Dodgers by 2 1/2 games, they hold a 7 1/2-game lead on San Francisco in the non-race for second in the division.

"Wednesday's game is important because you want to win every series," said Dodgers manager Dave Roberts.

Padres manager Jayce Tingler doesn't think the Padres will have any problem rebounding from a loss that kept them from pulling to within a half-game of the division leaders.

"We love one another in there," Tingler said of the Padres clubhouse. "We've got the spirit, the feeling of just a bunch of teenage boys playing the best sport in the world with their best friends. They love to play and play for one another."

Even with Tuesday's loss to the Dodgers, the Padres' magic number to clinch their first postseason berth since 2006 is only four. As for the, Dodgers, they are already locked in to no worse than a wildcard slot.

But Tuesday's loss likely altered one thing for the Padres. Right-hander Chris Paddack will not start Wednesday's season finale between the two teams -- the Dodgers have a 5-4 edge in the season series. Paddack will get two extra days of rest to rehab his slightly sprained right ankle and will start against the Mariners on Friday following a day off for the Padres.

Instead, left-hander Adrian Morejon (2-0, 2.53 ERA) will start for the Padres in what could be a "bullpen" game.

"It's all hands on deck," said Tingler.

Morejon was not active the first two times the Dodgers and Padres met. Although this will be his third start, Morejon has not worked more than three innings in any of his five appearances this season. The 21-year-old Cuban has allowed three runs on 10 hits and two walks with 14 strikeouts in 10 2/3 innings this season.

Both of May's decisions this season have come in his two starts against the Padres, which came in succession on Aug. 4 and 10. May went six innings in both of those outings, giving up four runs on eight hits and three walks with 10 strikeouts in 12 innings for a 3.00 ERA and a 0.917 WHIP.

The Dodgers are 6-3 in games started by May.

Trump running into legal hurdles over attempt to ban TikTok

WASHINGTON, DC, September 25 (ANI/Sputnik): A U.S. federal judge has ordered the Trump administration to postpone its ban on downloads ...

Asteroid size of a bus comes close to Earth

Scientists at the U.S. space agency NASA say a small asteroid - roughly the size of a bus - passed ... 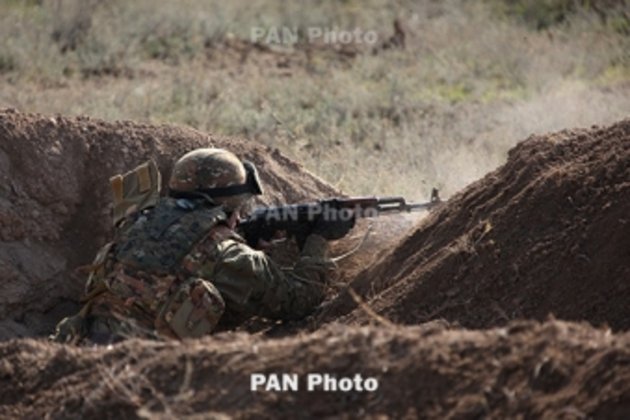 WASHINGTON, DC - More than 300 demonstrators across the United States are facing charges related to the various protests that ...

Trump running into legal hurdles over attempt to ban TikTok

WASHINGTON, DC, September 25 (ANI/Sputnik): A U.S. federal judge has ordered the Trump administration to postpone its ban on downloads ...

Night of the Living Dead