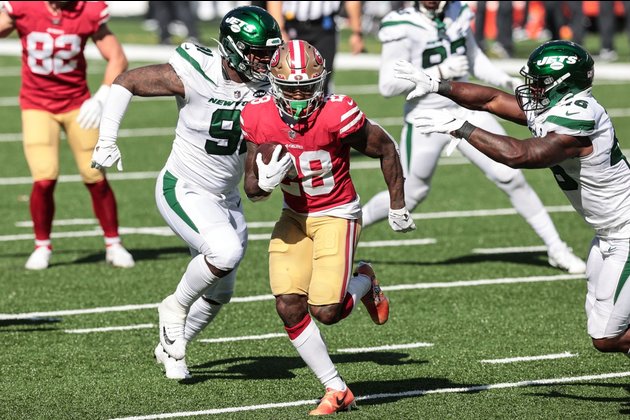 Two teams dealing with serious injuries meet at a field that one blames for its casualties when the San Francisco 49ers visit the New York Giants on Sunday afternoon in East Rutherford, N.J.

The 49ers (1-1) overcame season-ending knee injuries to defensive linemen Nick Bosa and Solomon Thomas, and game-ending ailments to quarterback Jimmy Garoppolo and running back Raheem Mostert in a 31-13 thumping of the New York Jets last Sunday.

The 49ers didn't return home after the game, opting to spend the week practicing and lounging at the Greenbrier resort in West Virginia.

San Francisco likely will be without Garoppolo (high ankle sprain), Mostert (sprained knee) and running back Tevin Coleman (sprained knee) as it seeks just its second road win against the Giants since 2002.

Nick Mullens, who replaced Garoppolo against the Jets, is expected to get the start versus the Giants. Jerick McKinnon, who came off the bench to rush for 77 yards and a touchdown, is in line for his first 49ers start at running back.

Coincidentally, Mullens also was the 49ers' starting quarterback the last time they met the Giants in a 27-23 home loss in 2018. He went 27-for-39 for 250 yards with a touchdown and two interceptions.

The 49ers asked the NFL to look into the condition of the turf at MetLife Stadium this week. Not sure what to expect, San Francisco coach Kyle Shanahan has warned his players to focus on the opponent -- not the field.

"If you're playing, you better be confident and full speed," he said this week. "The NFL and NFLPA's having people look at it. If they don't find anything, you go out there and play. Other people tore their ACL in this league last week and they weren't all on turf."

Giants standout running back Saquon Barkley was one of those guys, having gone down in the first half of New York's 17-13 road loss to the Chicago Bears.

Dion Lewis stepped in to rush for the only touchdown of the game for the Giants (0-2), and the club has since signed free agent running back Devonta Freeman this week.

Giants coach Joe Judge spent part of the week trying to convince his team that the combination of 0-2 and Barkley's injury doesn't mean the season is over.

"We're not going to raise the white flag on anything," Judge insisted. "Our guys are going to fight straight on through. We have a job to do regardless of the circumstance or outcome of the previous game. Our job is to get ready to go out there and put the best product on the field we can on a weekly basis."

New York also will be without wideout Sterling Shepard, who was placed on injured reserve with turf toe.

Like the Giants, the 49ers brought in reinforcements this week -- both in-house and from free agency.

Star tight end George Kittle, who sustained a knee injury in the season-opening loss to Arizona and did not travel to New York last week, has rejoined the team in workouts.

Meanwhile, the team added to the depth of their defensive line with the signing of veteran Ziggy Ansah and the promotion of Dion Jordan from the practice squad.

FORT MYERS, Florida - On Friday, President Donald Trump campaigned in Fort Myers, Florida, a state with one of the ... 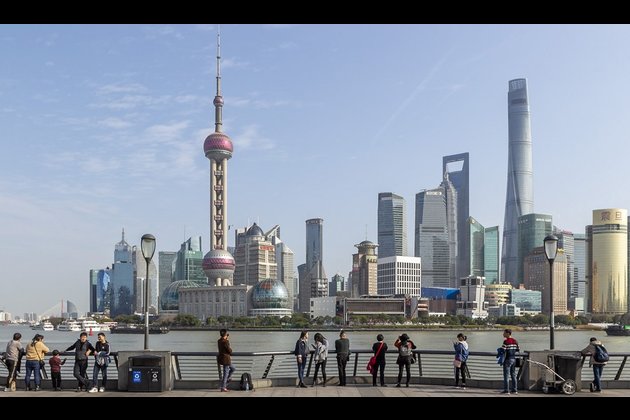