Bears Hall of Famer Sayers passes away at 77 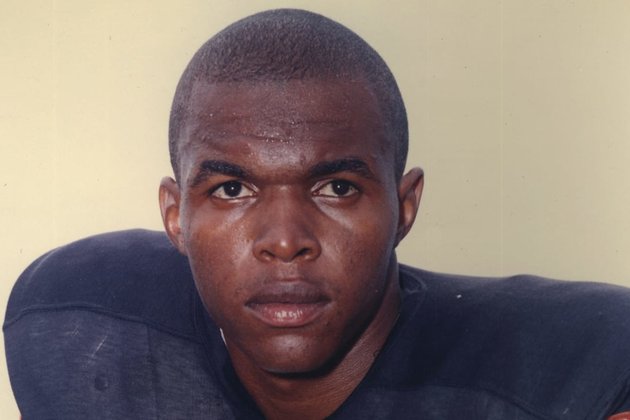 That was the famous quote uttered by Bears Hall of Fame running back Gale Sayers, who dazzled the NFL with his electrifying playmaking ability for seven seasons from 1965-71 in a career that was shortened by knee injuries.

Sayers passed away Wednesday at the age of 77.

When the Bears selected Sayers with the fourth pick in the 1965 draft out of Kansas, they were hoping that they had landed a breakaway successor to the late Willie Galimore, a star running back who had been killed in an automobile accident the previous summer at training camp in Rensselaer, Ind.

The Kansas Comet exceeded even the loftiest expectations as a rookie, setting an NFL record with 22 touchdowns and tying another mark by scoring six TDs in a remarkable performance in muddy conditions at Wrigley Field in a win over the San Francisco 49ers. Sayers was named NFL rookie of the year, edging teammate Dick Butkus.

In his second season in 1966, Sayers led the NFL in rushing with 1,231 yards and set a league record with 2,440 all-purpose yards. He topped the Bears in receiving with 34 catches for 447 yards, averaged 31.2 yards on 23 kickoff returns and scored 12 total touchdowns-eight rushing, two receiving and two on kickoff returns.

Sayers set a Bears rushing record with 205 yards on 24 carries in a win over the Packers on Nov. 3, 1968. But a week later he tore the ACL and MCL in his right knee against the 49ers when he was hit by defensive back Kermit Alexander and was lost for the season. Sayers was leading the NFL in rushing at the time with 856 yards.

Sayers rebounded from the injury to lead the NFL in rushing in 1969 with 1,032 yards. But he injured his left knee in a 1970 preseason game and was limited to two regular season contests because of it. Eased back into the lineup in 1971, he hurt his ankle and played in only two games. Sayers retired in the summer of 1972 after fumbling twice on three carries in a preseason contest against the St. Louis Cardinals.

Sayers ultimately set 23 Bears records and seven NFL marks. He was a five-time first-team All-Pro selection who was voted to four Pro Bowls. His 22 touchdowns in 1965 remain a rookie record and is still the top kickoff returner in NFL history with a 30.6-yard average.

"Football fans know well Gale's many accomplishments on the field: a rare combination of speed and power as the game's most electrifying runner, a dangerous kick returner, his comeback from a serious knee injury to lead the league in rushing, and becoming the youngest player inducted into the Pro Football Hall of Fame," Bears Chairman George H. McCaskey said in a statement. "People who weren't even football fans came to know Gale through the TV movie 'Brian's Song,' about his friendship with teammate Brian Piccolo. Fifty years later, the movie's message that brotherhood and love needn't be defined by skin color, still resonates.

"Coach [George] Halas said it best, when presenting Gale for induction at the Hall of Fame: 'His like will never be seen again.'

"On behalf of the McCaskey family, we offer our sincerest condolences to [his wife] Ardie and the entire Sayers family."

Sayers was named to the NFL All-Decade Team for the 1960s and was selected to NFL 50th, 75th and 100th Anniversary All-Time Teams. His No. 40 jersey was retired by the Bears in 1994 and he was chosen as the fifth best player in Bears history in 2019 by writers Don Pierson and Dan Pompei in the Chicago Bears Centennial Scrapbook that features a list of the top 100 players in the team history.

In 1977, at the age of 34, Sayers became the youngest man ever inducted into the Hall of Fame. His effective playing time of 68 games is also the shortest of any Hall of Famer.

"The NFL family lost a true friend today with the passing of Gale Sayers," NFL Commissioner Roger Goodell said in a statement. "Gale was one of the finest men in NFL history and one of the game's most exciting players.

"Gale was an electrifying and elusive runner who thrilled fans every time he touched the ball. He earned his place as a first-ballot Hall of Famer.

"We will also forever remember Gale for his inspiration and kindness. Gale's quiet unassuming demeanor belied his determination, competitiveness and compassion.

"We send our heartfelt condolences to his wife Ardie, and their family. Our thoughts are with his teammates, the Bears organization, the many fans who remember him as a football player and the many more people who were touched by Gale's spirit and generosity."

Part of the same Bears rookie class in 1965, Sayers developed a close friendship with fellow running back Brian Piccolo, an undrafted free agent from Wake Forest. In 1967, at a time when race riots were occurring throughout the country, the two running backs began rooming together on the road, becoming the NFL's first interracial roommates.

After the knee injury Sayers suffered in 1968, Piccolo helped his friend rehab. Before a game against the Colts late in the 1969 season, it was Sayers who informed the rest of their teammates that Piccolo was suffering from embryonal cell carcinoma, a disease that ultimately would take his life June 16, 1970.

On May 25, 1970-three weeks before Piccolo passed away-Sayers was in New York to accept the George S. Halas Award as the NFL's most courageous player. During an emotional acceptance speech, Sayers-who was being honored for rebounding from his knee injury-told the crowd that it was Piccolo who deserved the award. Sayers even taped Piccolo's name over his own on the trophy and presented it to his friend the next day in the hospital.

"You flatter me by giving me this award," Sayers said. "But I tell you here and now that I accept it for Brian Piccolo. Brian Piccolo is the man of courage who should receive the award. It is mine tonight. It is Brian Piccolo's tomorrow. I love Brian Piccolo, and I'd like all of you to love him. When you hit your knees to pray tonight, please ask God to love him, too. He has the mental attitude that makes me proud to have a friend who spells out the word 'courage' 24 hours a day every day of his life."

The friendship between the two running backs was depicted in the TV movie "Brian's Song," with James Caan starring as Piccolo and Billy Dee Williams portraying Sayers. The 90-minute production first aired on ABC on Nov. 30, 1971 and was such a success that it was later shown in movie theaters.

In a 2011 article, Sports Illustrated's Steve Rushin wrote that "Brian's Song" made it OK for men to cry, writing that the movie joined "pepper spray and kidney stones on the very short list of things guaranteed to induce tears."

Sayers will also forever be linked with Butkus, a Hall of Fame middle linebacker who was selected by the Bears one pick ahead of Sayers in the 1965 draft.

"Will miss a great friend who helped me become the player I became because after practicing and scrimmaging against Gale I knew I could play against anybody," Butkus said in a statement. "We lost one of the best Bears ever and more importantly we lost a great person."

After retiring from the NFL, Sayers served as athletic director at Southern Illinois University from 1976-81. In 1984, he founded a successful computer supply company. In a 2017 interview, Sayers' wife, Ardie, revealed that the Hall of Fame running back had been diagnosed with dementia in 2013.

"All those who love the game of football mourn the loss of one of the greatest to ever play this game with the passing of Chicago Bears legend Gale Sayers," Hall of Fame President David Baker said in a statement. "He was the very essence of a team player-quiet, unassuming and always ready to compliment a teammate for a key block. Gale was an extraordinary man who overcame a great deal of adversity during his NFL career and life.

"The 'Kansas Comet' burst onto the scene in the National Football League and captured the attention of all of America. Despite playing only 68 NFL games because of an injury-shortened career, Gale was a clear-cut-and first-ballot-Hall of Famer for his accomplishments on the field and for the man of character he was in life.

"The entire Pro Football Hall of Fame family mourns the passing of Gale. Our thoughts and prayers are with his wife, Ardie, and their entire family. We will forever keep his legacy alive to serve as inspiration for future generations. The Hall of Fame flag will fly at half-staff until he is laid to rest." 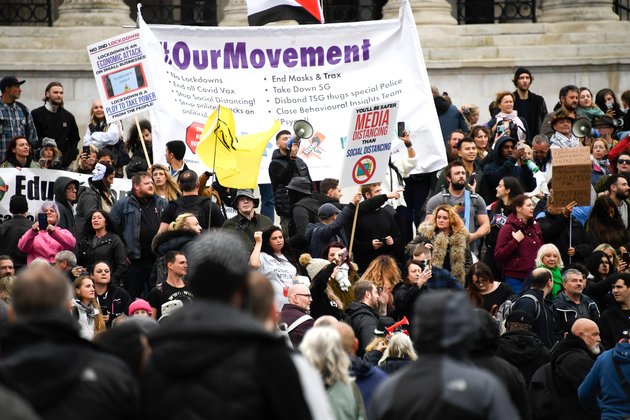 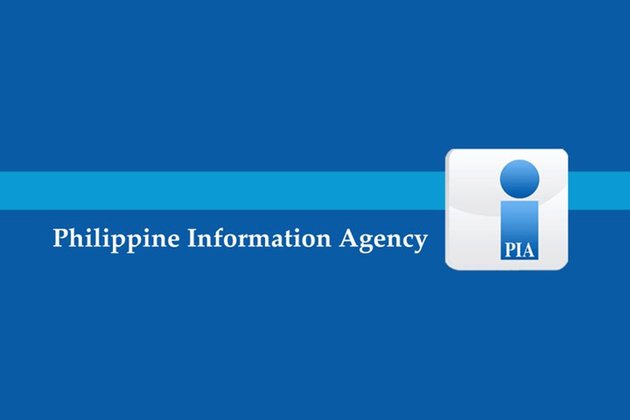 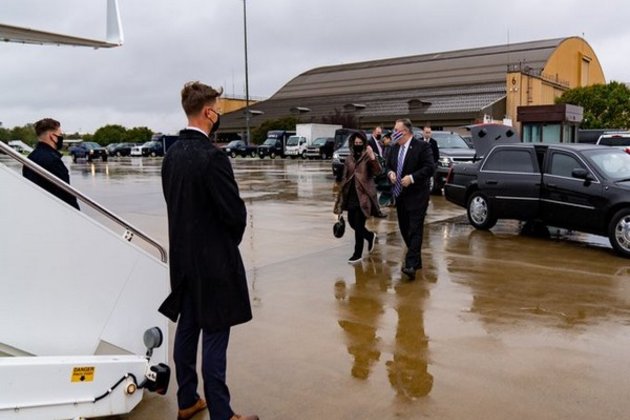