Atlanta searching for end to winless drought vs. Montreal 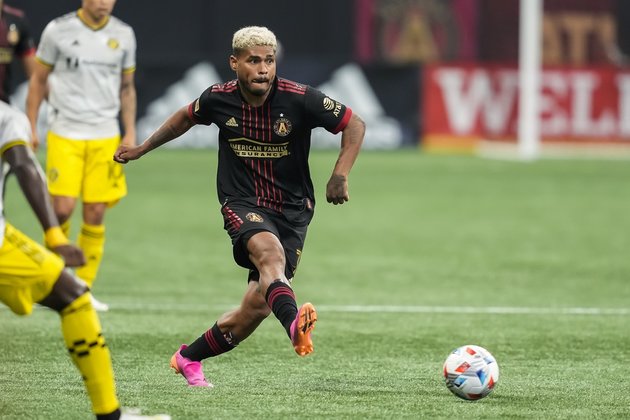 Atlanta United will try to snap an 11-game winless skid when they visit CF Montreal on Wednesday.

A 3-2 loss to Orlando City SC on Friday in which they twice gave up a lead was the latest in slide that has stretched nearly three months.

Atlanta (2-6-8, 14 points) last tasted victory on May 15 -- against CF Montreal. It's one of five wins the club has recorded in its past six matches against Montreal, with the sixth resulting in a draw.

United sits eight points back of Montreal, which holds the seventh and final spot above the playoff cut-off line.

"We know what the bigger picture is as a collective," center back Anton Walkes told the Atlanta Journal-Constitution. "We know step by step is very important. We have to start somewhere, and Montreal is the place we are going to start."

Montreal (6-6-4, 22 points) will try to end its three-game losing streak. They've scored two goals during that stretch, with one coming in a 2-1 setback at Inter Miami CF on Saturday.

Montreal returns home after three straight road matches. The club is 4-1-2 as the home side, including a 5-4 triumph against Cincinnati on July 17, its first match in Montreal this season.

This time, up to 15,000 fans will be allowed after the province increased capacity restrictions.

"It'll be great to have (more) fans, knowing that we need a good result," midfielder Victor Wanyama said. "We'll have to put forth our best effort and try to get the most points. We're trying to get back on the winning track, and we hope it'll be sooner rather than later."

Defender Kamal Miller and midfielder Samuel Piette are expected to return after getting a breather Saturday following their Gold Cup appearances. Forward Romell Quioto and midfielder Lassi Lappalainen are injured and will be out at least two weeks, according to head coach Wilfried Nancy.