Crew try to bounce back against visiting D.C. United 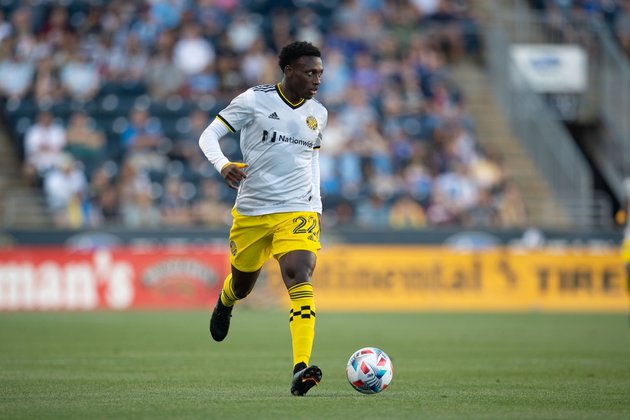 There are times when a quick turnaround is better than a slow burn, and for the Columbus Crew, a home match against D.C. United on Wednesday provides that opportunity.

The Crew (6-4-6, 24 points) rolled into Yankee Stadium on Friday unbeaten in six games -- then got steamrolled 4-1 by New York City FC.

"Sometimes these games happen," midfielder Derrick Etienne Jr. said. "You don't want them to happen, but the best thing about this loss, I guess, is the fact that we have a game on Wednesday."

D.C. United (6-7-3, 21 points) will not have the benefit of an extra day of rest coming off a 0-0 result at FC Cincinnati on Saturday in which the visitors lost Moses Nyeman to a red card in the 52nd minute and Joseph Mora in second-half stoppage for a second yellow. Both are suspended for the Crew match.

"The effort of the whole group was huge," D.C. United coach Hernan Losada said. "I cannot be more proud of the fighting spirit of this team. ... Taking a point on the road 11 against nine, it's fantastic."

D.C. managed its fifth point in the past three matches (1-0-2) despite missing a half dozen players due to injuries, including leading scorer Ola Kamara (seven goals), who may be cleared to play Wednesday against his former team.

Also, Paul Arriola and Donovan Pines were with the U.S. Men's National Team. They, along with the Crew's Gyasi Zardes, helped the Americans win the CONCACAF Gold Cup after defeating Mexico 1-0 in the final on Sunday night in Las Vegas.

The status for the trio on Wednesday is unknown although typically returnees are given a few days off, or at best might play a reserve role.

D.C. will vie for a third straight shutout while the Crew seeks a return to a defensive posture that allowed 12 goals in the 15 games prior to the blowout against NYCFC.