US Defence Secretary pays tribute to PFPA officer died in 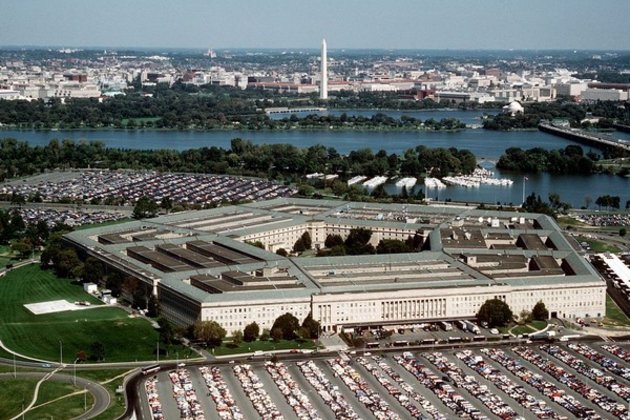 Washington [US] August 4 (ANI): US Secretary of Defense on Tuesday ordered to half-mast the flags flown on the Pentagon Reservation in honour of Pentagon Force Protection Officer who died during a shooting incident outside the Pentagon.

On behalf of everyone working at the Pentagon, and across the Department of Defense, I extend my deepest sympathies to the family, loved ones and colleagues of the Pentagon Force Protection Officer who died as a result of injuries he received, Secretary of Defense said.

"This fallen officer died in the line of duty, helping protect the tens of thousands of people who work in and who visit the Pentagon on a daily basis. He and his fellow officers are members of the Pentagon family and known to us all as professional, skilled and brave. This tragic death today is a stark reminder of the dangers they face and the sacrifices they make. We are forever grateful for that service and the courage with which it is rendered," he added.

An investigation is underway to determine the circumstances surrounding the Pentagon incident.

"In the meantime, we will keep the family of our fallen officer and his fellow officers foremost in our mind and provide them whatever support they require. I know nothing we can say will properly assuage their grief, but I hope they know we mourn with them," Defence Secretary said.

The Pentagon, which houses the headquarters of the United States Department of Defense, was briefly on Tuesday(local time) put under a lockdown due to a "shooting incident" at a nearby Metro station. The lockdown was later lifted and the building reopened a short while.

The shooting incident took place outside the building on the Metro Bus platform, which is a major entrance to the Pentagon used by thousands of personnel every day entering and leaving the building.

Meanwhile, the Pentagon Force Protection Agency has advised people to stay away from the Metro rail entrance and bus platform area as it was still an active crime scene.

"The scene of the incident is secure. It is still an active crime scene. We request that everyone stay away from the Metro rail entrance and bus platform area. Transportation at the Pentagon is diverted to Pentagon City," tweeted the Agency. (ANI)