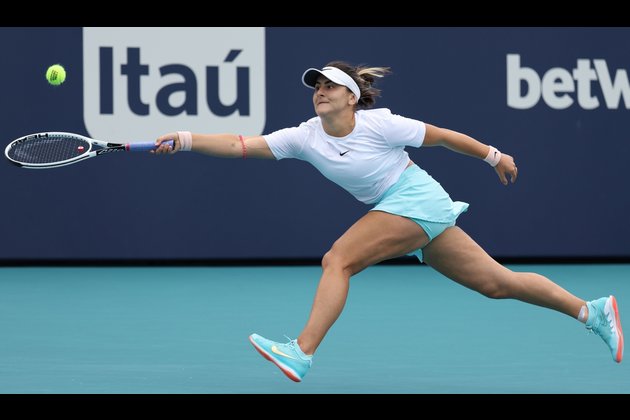 The National Bank Open in Montreal was expecting to welcome nine of the 10 women's tennis players in the world next week, but three of the stars announced their withdrawals Tuesday.

Second-ranked Naomi Osaka of Japan, fourth-ranked Sofia Kenin of the United States and eighth-ranked Iga Swiatek of Poland all pulled out of Montreal.

Earlier Tuesday, fifth-ranked Bianca Andreescu of Canada and 10th-ranked Simona Halep of Romania, both coming off layoffs, committed to return to play in the National Bank Open.

No. 1 Ashleigh Barty of Australia will skip the tournament, but Tokyo Olympics champion Belinda Bencic of Switzerland is scheduled to compete.

Osaka played last week in the Olympic tournament at Tokyo, falling in the third round to the Czech Republic's Marketa Vondrousova, the eventual silver medalist. Swiatek was ousted in the second round by Spain's Paula Badosa.

Montreal was supposed to be Osaka's first WTA event since withdrawing from the French Open. She pulled out after the first round at Roland Garros and then skipped Wimbledon, saying she needed time to focus on her mental health.

Swiatek said in a statement Tuesday, "I am very sorry but this year I will not be able to play in Montreal. The first part of the season was so intense that I need a couple of days off to rest and prepare for the next few months. I'm looking forward to playing in Canada in 2022."

Kenin hasn't played because of a foot ailment since losing in the second round at Wimbledon. She added in a statement, "While I'm making progress, my foot injury is not where I need it to be to play at the highest level. I feel another week of recovery and rehab is necessary."

National Bank Open tournament director Eugene Lapierre said in a statement, "Of course, we are disappointed that Naomi, Sofia and Iga won't be competing in Montreal this year. But despite their withdrawals, we are still counting on exceptional players in the draw. ... Fans should expect a few surprises because the draw has so much depth."

The exit of Osaka, Kenin and Swiatek guarantees spots in the main draw for No. 51 Shuai Zhang of China, No. 52 Marie Bouzkova of the Czech Republic and No. 54 Liudmila Samsonova of Russia. Third-ranked Aryna Sabalenka of Belarus replaces Osaka as the No. 1 seed.

The tournament will take place Aug. 7-15.