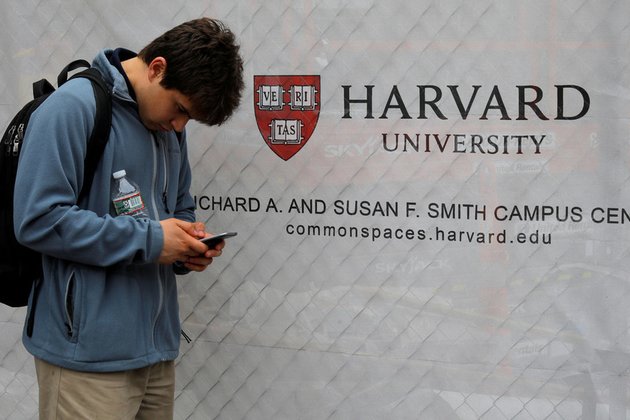 One of America's most exclusive universities has stained its reputation by hosting workshops on subjects far detached from academic excellence. In fact, the classes serve to teach us how far Western civilization is in decline.

Founded in 1636, Harvard is the oldest and most prestigious university in the United States. Despite its humble origins (the Puritan clergyman John Harvard, upon his deathbed, bequeathed the fledgling college his estate and a 400-volume library), it has gone on to become a veritable superpower in the field of learning. Yet it looks as though it is willing to throw it all away just to appease the mob.

For anyone who thinks that Harvard is simply too smart and snobbish to genuflect at the altar of identity politics, cancel culture, and the other woke deities now strangling the soul out of Western civilization, they've probably never heard of its annual 'Sex Week', an all-you-can-eat smorgasbord devoted to every perversity under the sun.

Before diving deeper into this dumpster fire, it's important to mention, lest the author stand accused of being a joyless prude, that there are no real 'perversities' as far as sexual tastes are concerned; different strokes for different folks, as the expression goes.

Sigmund Freud, the founder of psychoanalysis, acknowledged as much in his 1905 pamphlet entitled 'Deviant Love'. Page 41, and I quote, "In every healthy person a supplement that might be called perverse is present in the normal sexual goal, and this universality is sufficient in itself to suggest the pointlessness of using the term 'perversion' in an accusatory sense." I would just add the proviso to Freud's observation that all 'perversions' are fine and dandy so long as they do not involve children or coerced participants and do not involve unwanted injury.

Yet, there are intelligent ways of addressing topics of such delicate nature, and utterly stupid ways. Regrettably, Harvard opted for the path most often traveled by fools and jackasses - the stupid way. In other words, there were no pipe-smoking professors in tweed jackets and horned-rimmed glasses articulating on these peculiar sexual tendencies from a more scientific perspective. Not that pipe-smoking, tweed-attired professors have all the answers, of course, but I think you get the point. Instead, participants were treated like voyeuristic tourists on a midnight bar crawl through the red-light district of Amsterdam.

Meet Jamie Joy, a non-binary sex guru who responds to they/them third-person pronouns, and describes themself as a "queer Jewish sex educator and hungry slut for freaky fantasies and kinky perversions." No mention, by the way, if there is a PhD available in that obscure field of inquiry. In any case, Joy hosted a Harvard workshop entitled, 'Kinks & Fetishes & Taboos, Oh My!', which, judging by its raunchy Facebook entry, contains zero intellectual calories.

As far as Joy's academic qualifications go, 'they' lists 'themself' as "Education Coordinator for PASSIONAL Boutique & Sexploratorium in Philly," which is nothing more than a shop for sexual paraphernalia. Joy says 'they' were (was?) "trained and certified" through San Francisco Sex Information, which hardly makes 'them' qualified to articulate upon such a heavy topic, least of all with Harvard students. But I am prepared to admit that I may be guilty of underestimating the talents of Joy, while overestimating those of the average Harvard student.

Another speaker, identified as "Robin from Good Vibrations," a sex shop based in San Francisco that specializes in bondage and fetish gear, showed this workshop was more of a commercialized event than any intellectual shindig.

Of all the workshops listed, the one that seemed the most credible was entitled 'Eggars Can Be Choosers: Long Term Fertility Alternatives w/Genesis Group'. A quick visit to the group's Facebook page, however, revealed the woke madness that has infected the halls of academia and beyond. As the group advertised its services, which allow women to freeze their eggs in the event of future fertility, it felt the need to substitute the word woman with "anyone with a uterus."

This is all part and parcel of the PC crazy train, which is on a mission to eliminate any acknowledgement of the biological differences between men and women. Once it is no longer acceptable to mention the differences between genders, races and groups, the poison of cancel culture is free to break down the fabric of the society as it works to divide and conquer. But I digress.

Harvard's approach to these topics, which are worthy of intelligent discussion, was cheap and puerile, mere exhibitionism and voyeurism dressed up in the robes of the intellectual; lipstick on a pig comes to mind. No consideration for scientific inquiry, just a vulgar, in-your-face declaration of identity politics, and heaven help the person who questions he/she/it/they/them. By the way, in any other period of history it would be considered prejudiced that not a single seminar was devoted to the lifestyle of that increasingly endangered species known as the straight white person and his/her tedious missionary ways, rarely documented these days in his/her natural habitat.

This very unscientific symposium at Harvard provides some insight into the rot that is presently eating away at the foundation of academia, as well as that of Western civilization. This childish obsession with sex, Sex, SEX - get over it, already! - which now starts at the earliest stage of a child's educational process, is beyond bizarre; it is a cultural psychosis, symptomatic of a civilization that has defiled what is good and normal. In fact, these tendencies border on full-blown pedophilia, and seem to be a backdoor method for actually normalizing deviant behavior.

Young children in the US public school system, and against the wishes of their parents, are being indoctrinated to the idea of transgender and alternative lifestyles, while events like 'Drag Queen Story Hour' are considered somehow normal. In the latest blow to decency and common sense, Fairfax County Public Schools (FCPS) in Virginia has reinstated two books after they were temporarily removed from libraries due to graphic illustrations, which included sexual interactions between men and boys.

Parent Stacy Langton made headlines in September when she read excerpts from one book, entitled 'Gender Queer', which were so graphic that the school board turned off her microphone.

Nevertheless, FCPS announced this week that the books were once again available to children as part of "reaffirming [its] commitment to supporting diversity in literature."

Now even Harvard University is trivializing such dangerous concepts, while accepting the emotion-driven notions of the PC gender crowd at face value. Quite simply, Harvard, as well as many other universities around the country, are terrified of putting up any sort of intellectual challenge to the radical progressives, who are now largely calling the shots throughout society - from determining which statues are acceptable in the town square, to determining how many genders there are, even though empirical evidence and common sense can readily confirm the answer is 'two'.

The Puritan clergyman John Harvard, watching his hallowed campus turn into a circus ground for clowns, must certainly be rolling in his grave today. 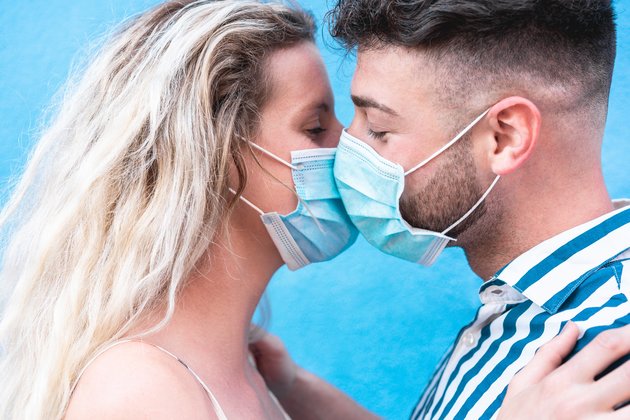 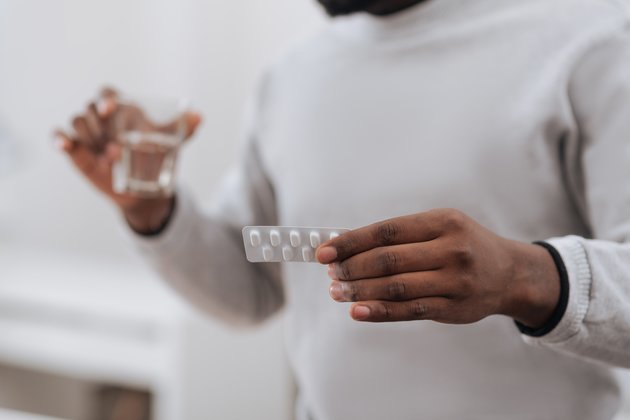 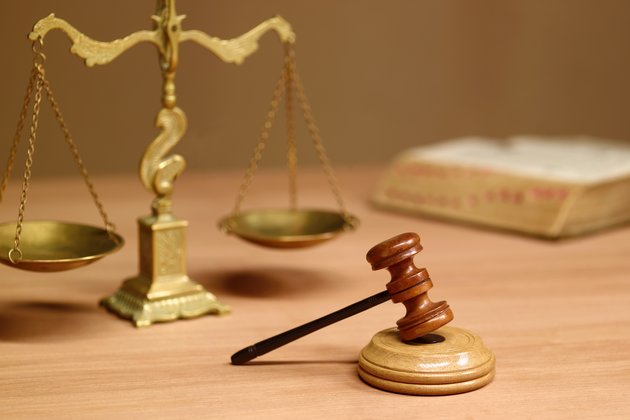 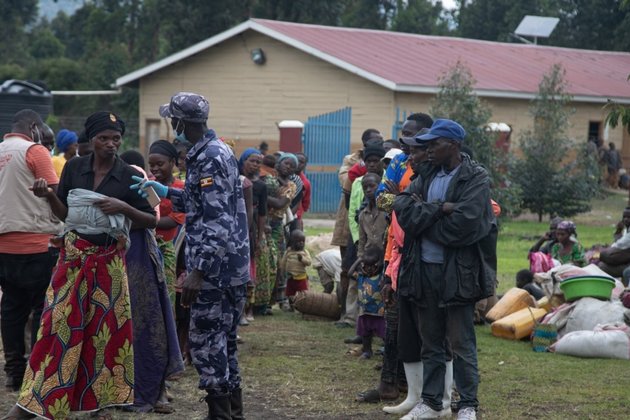 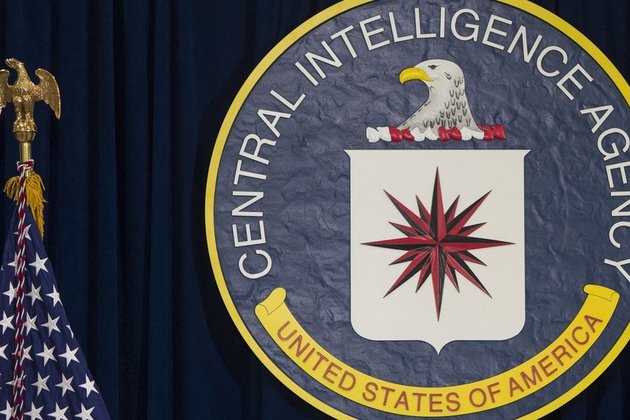 Letter From an Unknown Woman