Latest Developments in Ukraine: May 29 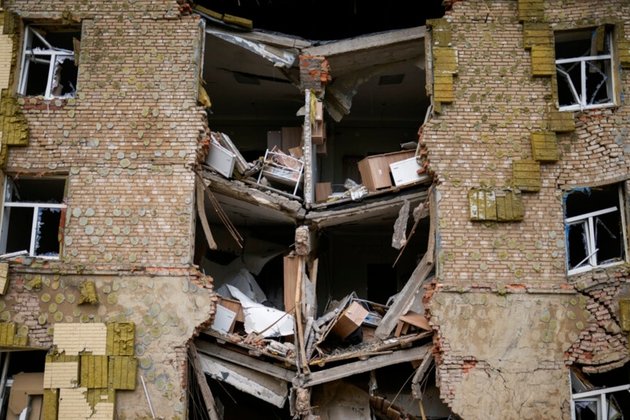 For full coverage of the crisis in Ukraine, visit Flashpoint Ukraine.

The latest developments in the conflict between Russia and Ukraine. All times EDT:

2:03 a.m.: Ukrainian news site Ukrinform reports that more than 50 Ukrainian athletes have been killed in the conflict with Russia.

The site quotes Minister of Youth and Sports Vadym Huttsait as saying, ''More than 50 Ukrainian athletes died in the war while defending our land. These are all our guys who played different sports. There are still many athletes who currently serve with the Armed Forces of Ukraine, some of them - in the territorial defense units. We thank all fighters defending our country.'

He also noted that the Russian invasion had all but ended training in Ukraine for athletes preparing for world and European championships, and the Olympics.

1:02 a.m.: The Institute for the Study of War, a U.S. think tank, says that Russian President Vladimir Putin is ' inflicting unspeakable suffering on Ukrainians and demanding horrible sacrifices of his own people in an effort to seize a city that does not merit the cost.'

Its latest update characterizes the invasion of Ukraine as 'a desperate and bloody offensive' that has the Russians 'paying a price for their current tactical success that is out of proportion to any real operational or strategic benefit they can hope to receive.'

It also notes that Ukrainian forces suffered heavy casualties in Severodonetsk, and the fighting also took a toll on civilians and infrastructure.

Al Jazeera quotes him as saying, "In particular, I will talk about the following: terror, which has become in fact the only form of action of the Russian state against Europe. Terror on the land of Ukraine. Terror in the energy market of Europe, not just our country. Terror in the food market, and on a global scale. And what type of terror will be next?"

Some information in this report came from The Associated Press and Reuters.