The Congress shall have power "To promote the progress of science and useful arts, by securing for limited times to authors and inventors the exclusive right to their respective writings and discoveries" Article I Section 8 Clause 8 United States Constitution.

These words are embodied in the United States Code, giving rights to inventors and authors alike for their writings and discoveries. As one can appreciate, a few more stipulations, criteria and interpretations have been associated with this one clause over the past 200+ years, but it stills forms the bedrock of patent and copyright protection.

The History of Patents

For a moment, let's focus on patents. Patents are not a new concept. The Parliament of England, in 1624, passed the Statute of Monopolies, endowing inventors with the sole right to their inventions for 14 years. And before that, the Senate of Venice passed a patent statute in 1474 providing protection against potential infringers, albeit mostly in the field of glassmaking.

It is hard to believe that the framers of the Constitution predicted how valuable intangible rights embraced by patents and copyrights would become. But they clearly recognized that protecting these products gives their producers an incentive to create more and thus stimulates greater activity.

The kings of industry have long understood the value of patents. Thomas Edison is affiliated with 1,093 patents. The Ford Motor company has 79,017 patents as of August 2022, making up some 28,000 patent families (related patents). And since 1920, IBM has received more than 150,000 patents.

Clearly patents are valued by larger companies for many reasons. But what about a small business concern? Does the protection a patent offers justify the cost?

The Power of Patent Protection

Patents provide what is called a negative right. That means the inventor of a granted patent has right to stop others from making, using, selling or importing that which is described in the claims appending the end of the patent. They do not create any sort of positive right for the owner to make, use, sell or import the same patented technology. Indeed, to practice one's patent may require the inventor to license the patent of another.

Let's consider that "right" from the perspective of a small business. The right to "stop" another means the right to sue.

An inventor, or the assignee of the invention, can file a suit in federal court asserting infringement of a patent. The average cost of patent litigation through trial is in the area of $2 million according to the American Intellectual Property Law Association.

Regardless, the risk is clearly apparent. For a small business, waging a court battle is often a bet-the-company proposition and most companies are not willing to roll those dice.

So, if you accept that most small companies will not entertain the risk of filing a patent suit, why spend valuable resources to secure patent rights in an innovation?

One reason is validation. Patents are a means by which an independent third party examines and confirms that the stated innovation in the patent application has utility (it is useful), is novel (new) and is non-obvious (not common sense).

The patent office, despite all its challenges, examines the technical art to ascertain new and useful innovations and awards patents accordingly. That third-party validation translates to value-value that can be realized upon exit or a change of control.

Company valuation is not a trivial topic, and it is certainly not centered on patent valuation or even intellectual property (IP) value generally. Indeed, most company valuation is based on some form of revenue generation. But typically, when revenue is directly tied to rights stated in a patent, the value of the company increases. Multiples of 5, 10 or 20 are not uncommon.

If you missed that key element, let me restate it: When revenue is tied directly to rights stated in the patent claims, the value of the company increases.

A patent that has nothing to do with the revenue generation is, arguably, of marginal value to a company. But here's the problem: It's hard to tell which patents and which claims will be tied to revenue-producing products and services.

Remember those 150,000 patents issued to IBM? It's safe to say many are of marginal value. It's also safe to say a few are extremely valuable. I wish it was an exact science, but it's not.

Reason number two that patents are important to small companies is that they give these organizations an opportunity to interact with larger enterprises.

It is no secret that most innovation occurs in small companies. Larger companies continually look for innovative firms that offer technology that complements theirs or meets a growing need or strategy. In doing their diligence on which companies to embrace, IP is a factor.

It is costly to design around patent claims owned by another company. Even the analysis can delay a product's time to market. These factors enable small business patent owners to have conversations with larger entities. There is no guarantee of the outcome of those conversations, but patents are often an invitation to the table.

Patents as Investments in the Future

Beyond benefiting society by promoting the creation of new and useful innovations, patents offer an inventor key advantages. That is true whether they are a small business or a large enterprise.

P.S. What about patents and working with the Government... Stay tuned.

About Martensen IPAt the intersection of business, law and technology, Martensen understands the tools of IP. Martensen knows the business of IP. We understand the tech market, especially when the government is a customer, and we know how to plan, assess, and adjust. Patents, trademarks, copyrights, trade secrets, licenses are our tools.

This content is published on behalf of the above source. Please contact them directly for any concern related to the above.

US, Philippine Forces Hold Combat Drills to Brace for Crisis 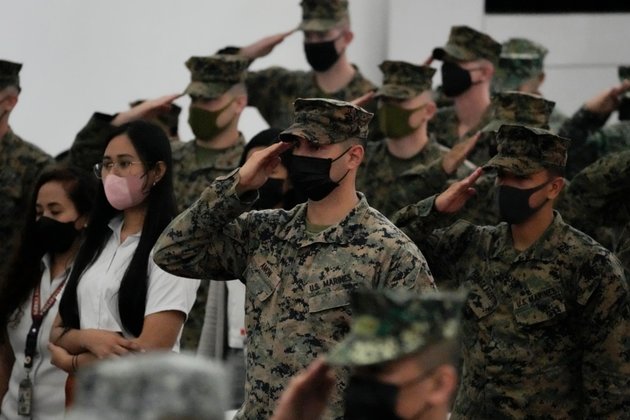 manila, philippines - More than 2,500 U.S. and Philippine marines joined combat exercises Monday to respond to any crisis in ...

Foreign Influence Campaigns Ramp Up to Target US Voters 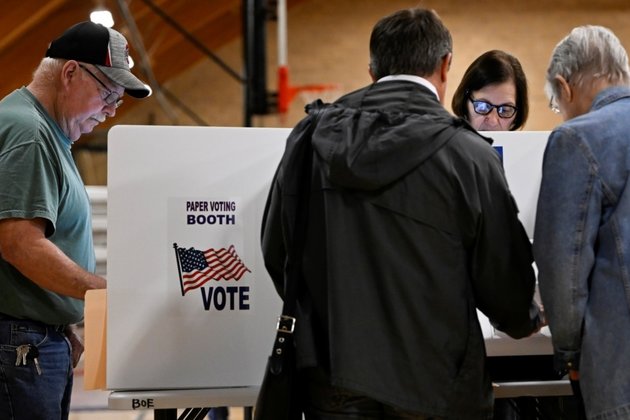 Washington - U.S. voting systems appear to be safe and secure ahead of next month's midterm elections, according to senior ...

Rockies down Dodgers with ninth-inning run 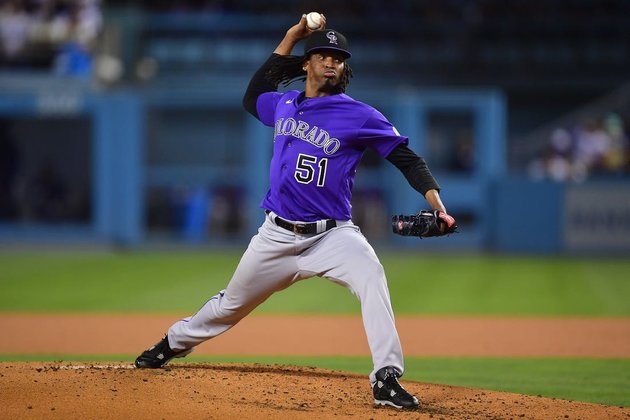 Michael Toglia dunked a go-ahead single into left field in the ninth inning, giving the visiting Colorado Rockies a 2-1 ...

Padres get past Giants thanks to seven-run eighth 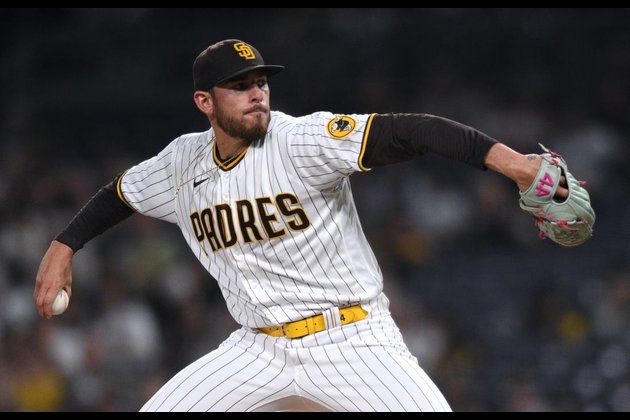 Brandon Dixon triggered a seven-run eighth inning by breaking up a scoreless tie with a RBI double on Monday as ... 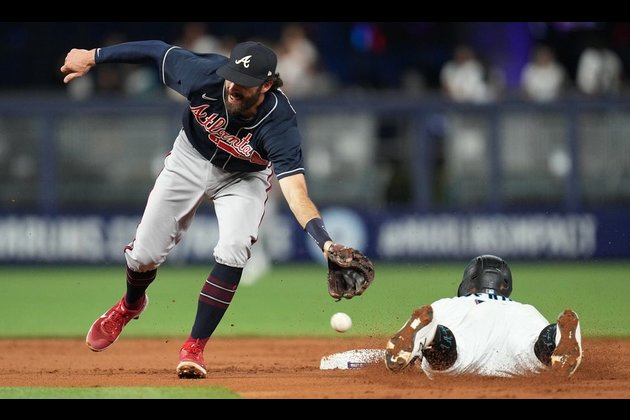 The Miami Marlins will send Braxton Garrett to the mound on Tuesday in hopes of preventing the visiting Atlanta Braves ... 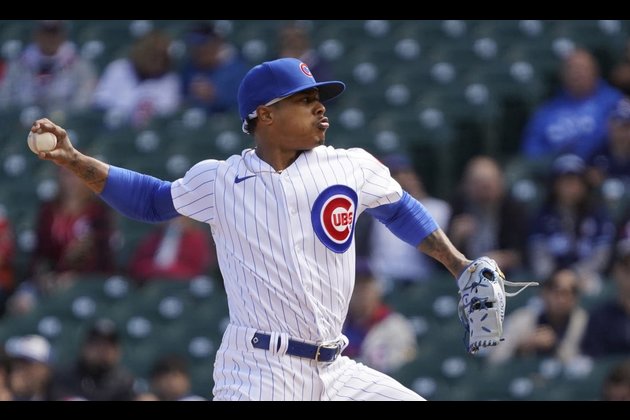 The Cincinnati Reds will look to win consecutive games for the first time in three weeks and again stave off ...