What is a wetland? An ecologist explains 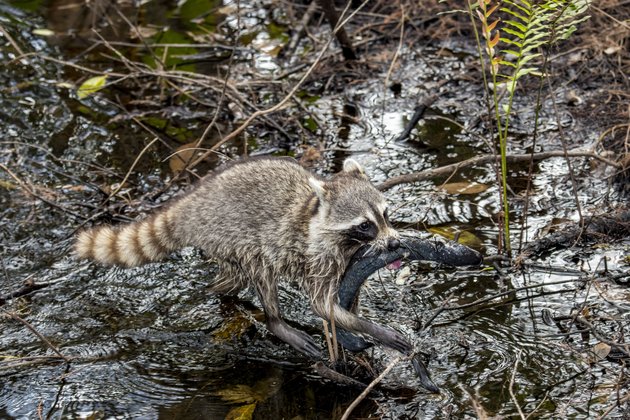 Wetlands are areas of land that are covered by water, or have flooded or waterlogged soils. They can have water on them either permanently or for just part of the year.

Whether it's year-round or seasonal, this period of water saturation produces hydric soils, which contain little or no oxygen. But this doesn't mean that they are lifeless: Wetlands are full of unique water-loving plants and wildlife that have adapted to wet environments.

Wetlands can take many different forms, depending on the local climate, water conditions and land forms and features. For example, swamps are dominated by woody trees or shrubs. Marshes often have more grasslike plants, such as cattails and bulrushes. Bogs and fens are areas that accumulate peat - deposits of dead and partly decomposed plant materials that form organic-rich soil.

Trillions of dollars in ecological benefits

Wetlands are important environments for many reasons. They provide ecological services whose value has been estimated to be worth more than US$47 trillion per year.

For example, wetlands support very high levels of biodiversity. Scientists estimate that 40% of all species on Earth live or breed in wetlands.

Wetlands are critical homes or stopovers for many species of migratory birds. In the central U.S. and Canada, for example, wetlands in the so-called prairie pothole region on the Great Plains support up to three-quarters of North America's breeding ducks.

Along with providing important habitat for everything from microbes to frogs to waterfowl, wetlands also work to improve water quality. They can capture surface runoff from cities and farmlands and work as natural water filters, trapping excess nutrients that otherwise might create dead zones in lakes and bays. Wetlands can also help remove other pollutants and trap suspended sediments that cloud water bodies, which can kill aquatic plants and animals.

Because wetlands are often in low-lying areas of the landscape, they can store and slowly release surface water. Wetlands can be extremely important for reducing the impacts of flooding. In some places, water entering wetlands can also recharge groundwater aquifers that are important for irrigation and drinking water.

Wetlands also act as important carbon sinks. As wetland plants grow, they remove carbon dioxide from the atmosphere. They they die, sink to the bottom of the wetland and decompose very slowly.

Over time, the carbon they contain accumulates in wetland soils, where it can be stored for hundreds of years. Conserving and restoring wetlands is an important strategy for regulating greenhouse gases and mitigating the impacts of climate change.

Despite the many valuable services they provide, wetlands are constantly being destroyed by draining them or filling them in, mainly for farming and development. Since 1970, the planet has lost 35% of its wetlands, a rate three times faster than the loss of forests.

Destruction and degradation of wetlands has led to the loss of many organisms that rely on wetland habitat, including birds, amphibians, fish, mammals and many insects. As one example, many dragonfly and damselfly species are declining worldwide as the freshwater wetlands where they breed are drained and filled in. A marsh or bog may not look like a productive place, but wetlands teem with life and are critically important parts of our environment.