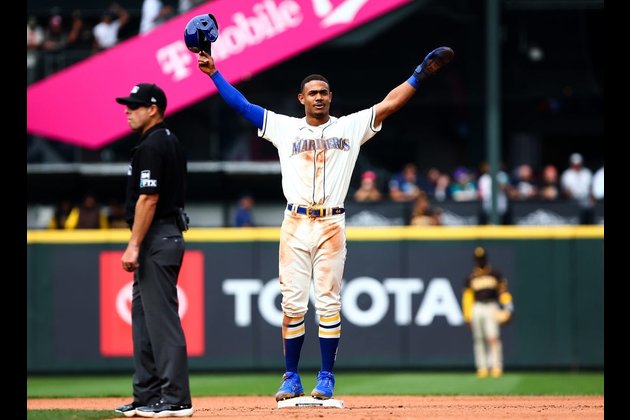 Rodriguez last played on Sept. 22 and was on the IL with a lower back injury on Friday when Seattle clinched its first American League playoff berth since 2001.

Rodriguez, who burst onto the major league scene earlier this year and was named to the AL All-Star team, missed three games Sept. 17-19 with tightness in his lower back. After returning to the lineup Sept. 20, he left a Sept. 22 game in the bottom of the first inning.

Casali, 33 has been out since Friday. He is batting .200 with four home runs and 16 RBIs in 54 games with the San Francisco Giants and Mariners this season. He was acquired by Seattle at the trade deadline and is 3-for-32 (.094) with two RBIs in 13 games with the Mariners.