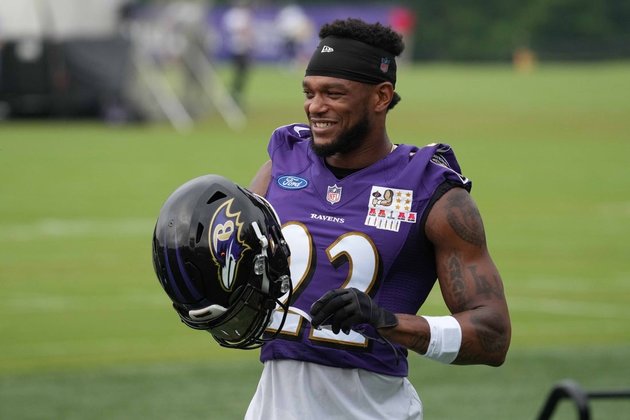 Longtime Baltimore cornerback Jimmy Smith retired Monday after 11 seasons in the NFL, all with the Ravens.

"To my coaches and teammates that I've built strong relationships with, you guys have made going to work easy," Smith said during his retirement press conference on Monday. "Taught me a lot, taught me a lot about being a man, being more mature. I mean, it just goes on and on how much you guys have poured into my life and I'm very grateful for that."

Smith won a Super Bowl with Baltimore in February 2013, making crucial stops to help secure the title over the San Francisco 49ers in Super Bowl XLVII.

"To all the Ravens fans, I will forever miss making plays at (MT Bank Stadium)," Smith said. "I loved playing for you guys. I truly appreciate the love and support that I get when I see you around Baltimore."

Smith played in 10 games (two starts) in 2021. He was a free agent and had not played this season.

"It just wouldn't make sense for me to go play for some random team," Smith said before the final game of his career against the Pittsburgh Steelers on Jan. 9. "This is home for me."